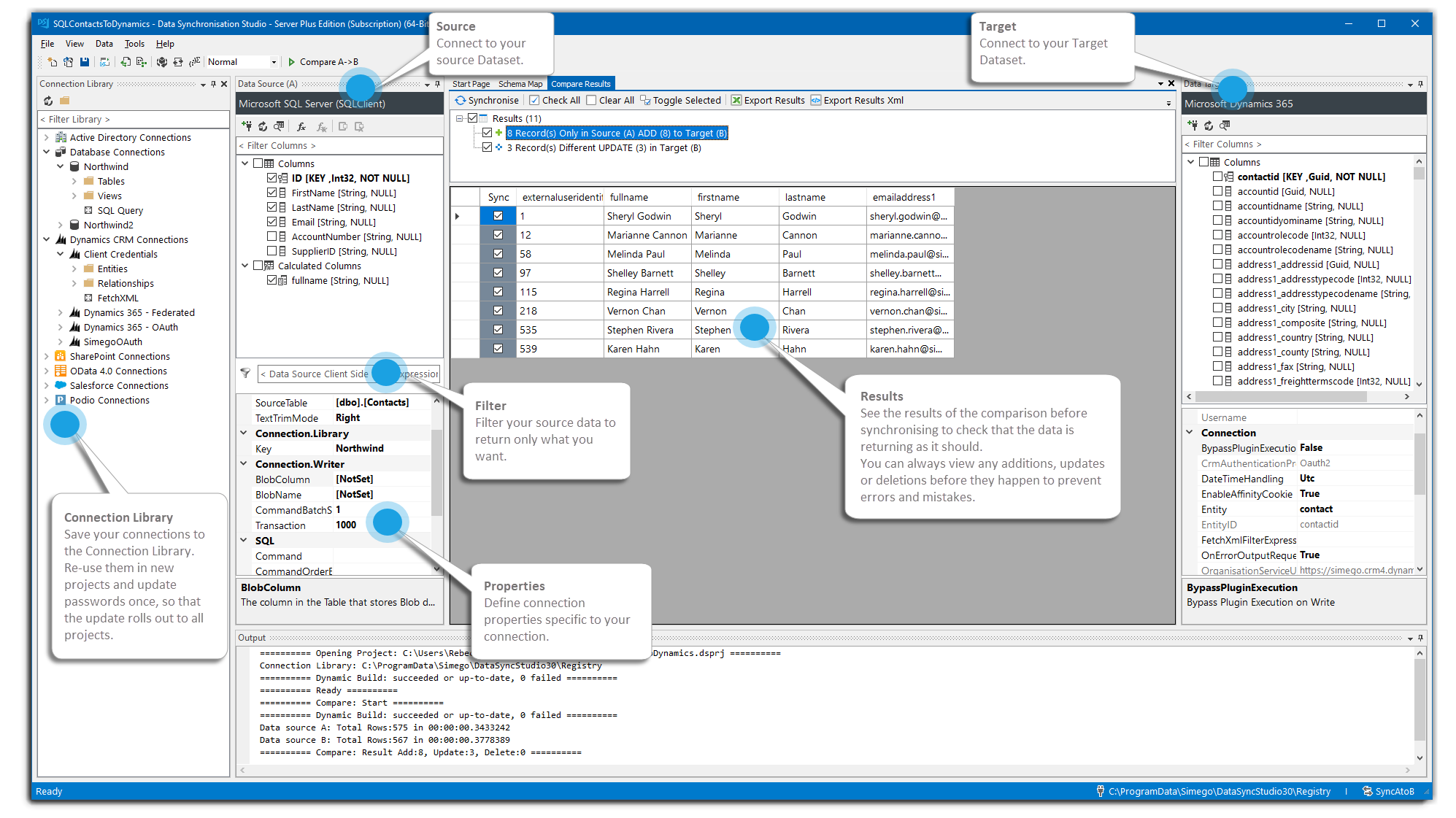 What is Data Sync ?

Design both simple and complex data integration processes with the Data Sync designer
Simego Data Sync is a visual Windows Application for synchronising data between two data sources. With Data Sync you load your source and target data and then the Data Sync engine calculates a series of ADD, UPDATE and DELETE actions required to make the target the same as the source. By using this method of comparing and synchronising you do not need to define decision based flows to work out the records to ADD, UPDATE or DELETE as this is calculated automatically. Data Sync also calculates UPDATES at the column level rather than update all columns in a record, so only those which are actually different are updated.
The Data Sync comparison engine is more than capable of handling millions of rows of data.
Instead of building out complex processes containing many steps, Data Sync has been designed to complete these in one step.
Data Sync has been built for all data integration needs and skill levels. It can be used by those who want to keep it simple with a NO CODE option, and those that require a more technical integration.
Data Sync supports row level data transformation with virtual columns via no-code simple expressions or for more complex transformation via code with the .NET Framework and C#.
Data Sync has a series of built in connectors that you can utilise to build your integration. You can mix and match these connector as you need.

Connect to Files, SQL, SharePoint, Dynamics, Office 365 and many other data sources

Connect To Your Applications Straight Away

All our connectors are included at no extra cost and you can make use of them in any combination.