We've added a new feature to make it super easy to start building your own data providers for Data Sync. This feature is currently in beta so you need release 3.0.808 or greater.

The feature from a Click of a Button creates a Visual Studio Project with a Template Project that can be opened in Visual Studio and give you F5 run and Debug. 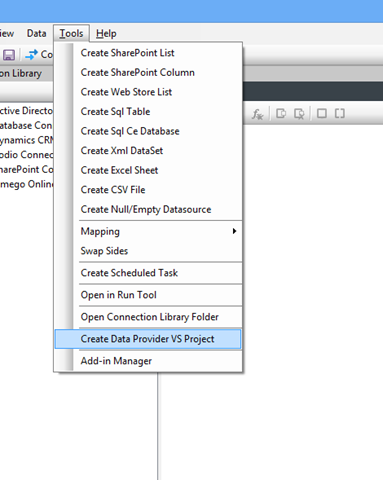 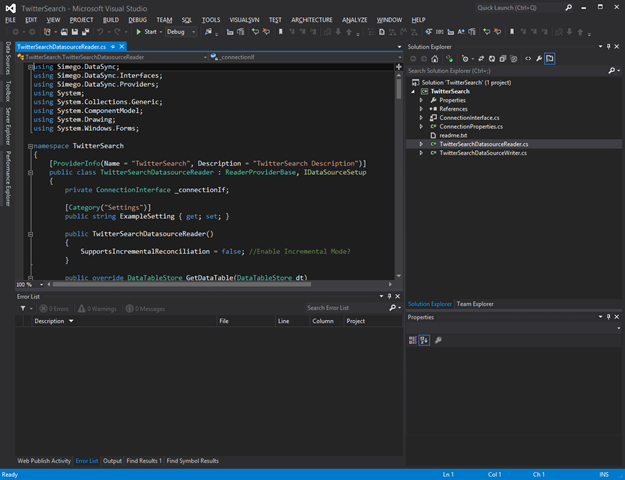 Full F5 Debugging via Visual Studio to help you build the provider. 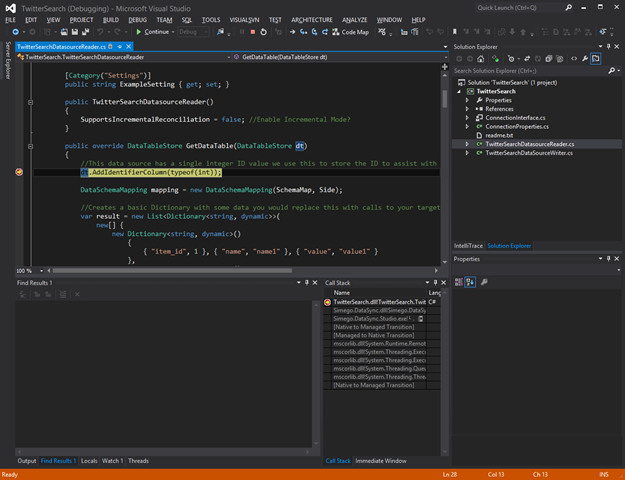 This allows you to code up whatever you want and then deploy the assembly to Data Sync and use it just like the providers we have built.

We often get asked how long does it take to write a provider for Data Sync. It really depends on the system you connect to and the API it exposes, however you can generally be up and running with a simple read-only provider in a couple of hours. We recently created a complete read-write provider for Intercom which is a JSON REST based API and this took approximately 8 hours over a weekend to complete.