In the latest build 3.0.414 we have made a change to the behaviour of the "Ignore" flag on the schema map. Previously this flag just excluded the column from the comparison routine and therefore the value was never passed to the update routine.

However now by setting this flag to true the value is not part of the comparison but if any other columns trigger an update then these fields marked "Ignore=True" are also passed to the update routine. 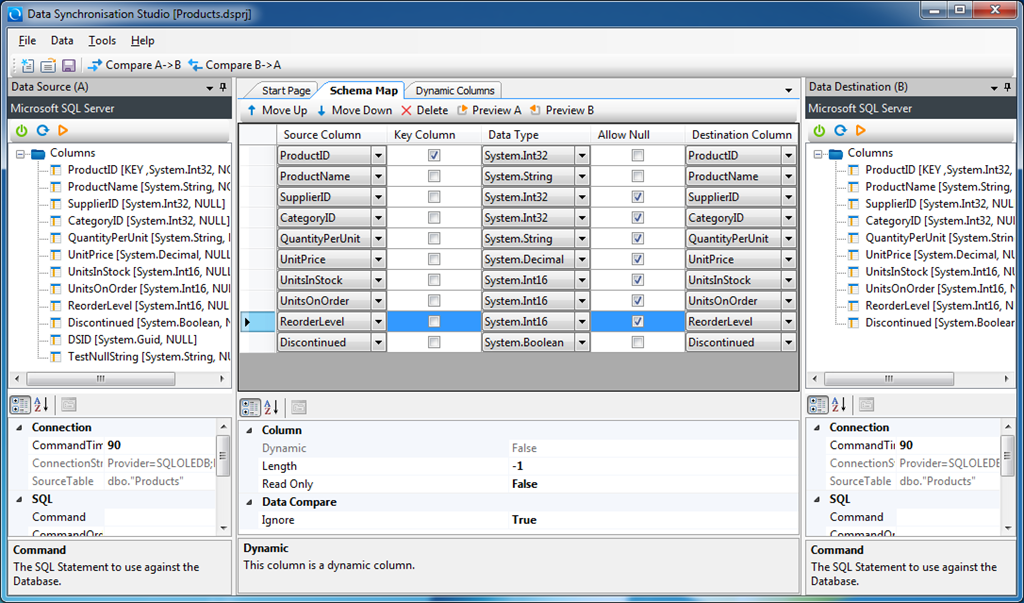 So in this example we have set the columns UnitsInStock, UnitsOnOrder and ReorderLevel to Ignore=True. When we modify the ProductName we get a change detected like this. 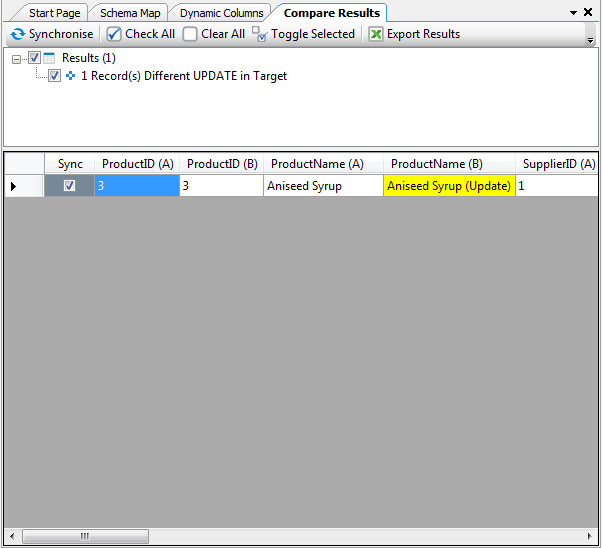 Additionally the Ignored columns are flagged as changed even though the values are the same and all these values are passed to the Update routine. 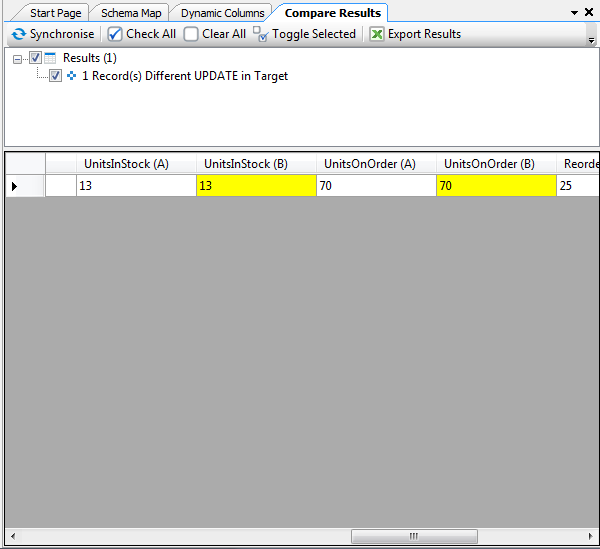 You would typically use this behaviour when you want to only compare certain columns to trigger an update but should there be a change you want to include values in the other columns. For example you may have audit columns UpdatedBy, UpdatedAt, etc but you don't want to trigger the update based on these values but trigger on actual data changes and include these columns when there is an update.