There have been many updates and features added to Data Sync and Ouvvi recently with the release of Data Sync 3.0.966 and Ouvvi 2.5.346.

It was time that we listed the changes so that you could see what we have been up to.

The two major features are the Ouvvi Multiple Instance support, great for DEV/PROD configuration on a single server and Data Sync Item Events allowing you programmatic control during the target write phases.

Support for Azure Storage Blobs with the File System to enable simple upload and download of files into Blob Storage. 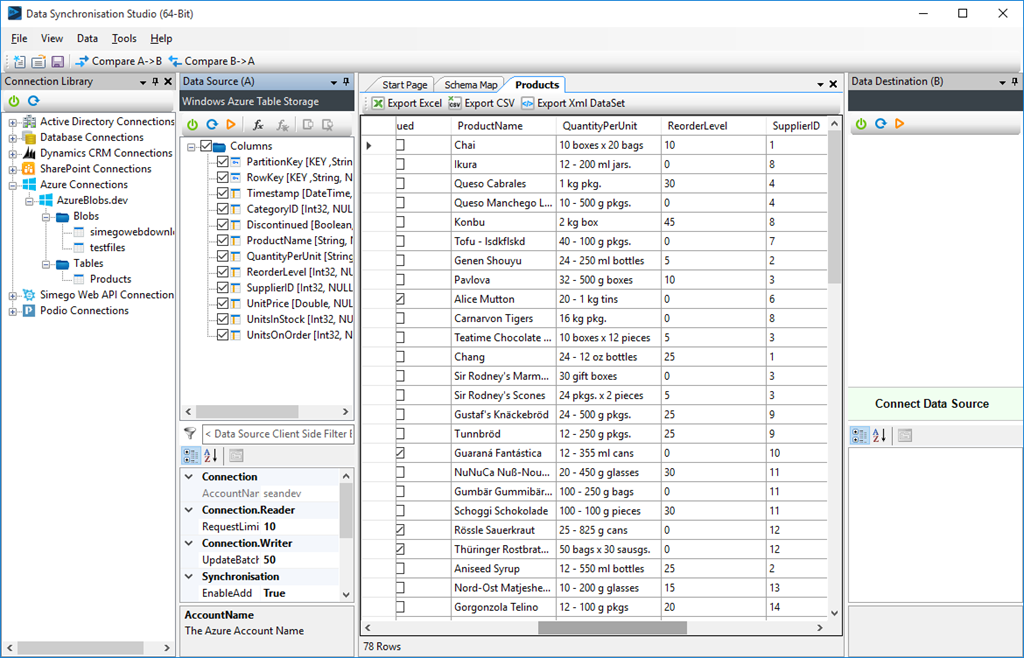 Active Directory provider now supports Automation Item events allowing you to intercept operations against AD and to extend the functionality. Such as Setting Passwords on new accounts etc.

A new provider for Dynamics CRM that takes a FetchXml Query as the source, this can either be a Saved Query in CRM or a hard coded Xml.

The file system provider now provides real-time feedback during the data load to allow for stop operation and also supports the Automation Item Events. File System can be configured to only return files that have been modified since a certain date.

New provider that can be used to group and summarise data, supports the usual set of aggregate functions.

SharePoint providers ClientAPI and Online have been updated with new client libraries and support for the new Automation Item Events. This allows you to intercept operations against SharePoint to write your own implementation or other required functionality.

The Simego Web API provider now can connect to Ouvvi to enable Read-Write operations against the Ouvvi Database to sync up Projects, Steps etc.

Creating Project Properties with the same name as Ouvvi user Settings causes the values of the properties to be updated at runtime from the Ouvvi User Settings.

You can now install multiple instances of Ouvvi on a single server, each instance is isolated from the others. This allows different versions of Ouvvi and Data Sync to be running on a single server to aid upgrade scenarios. Each instance of Ouvvi has a SQL DB, Windows Service, Data Sync install and private Connection Library. You can mix this configuration to suit your requirements.

Opening a Data Sync project hosted in Ouvvi will cause the Connection Library of Data Sync to be re-directed to the Ouvvi Server hosted version.

You can now view the details and mapping of a project directly in Ouvvi without the need to open the project. 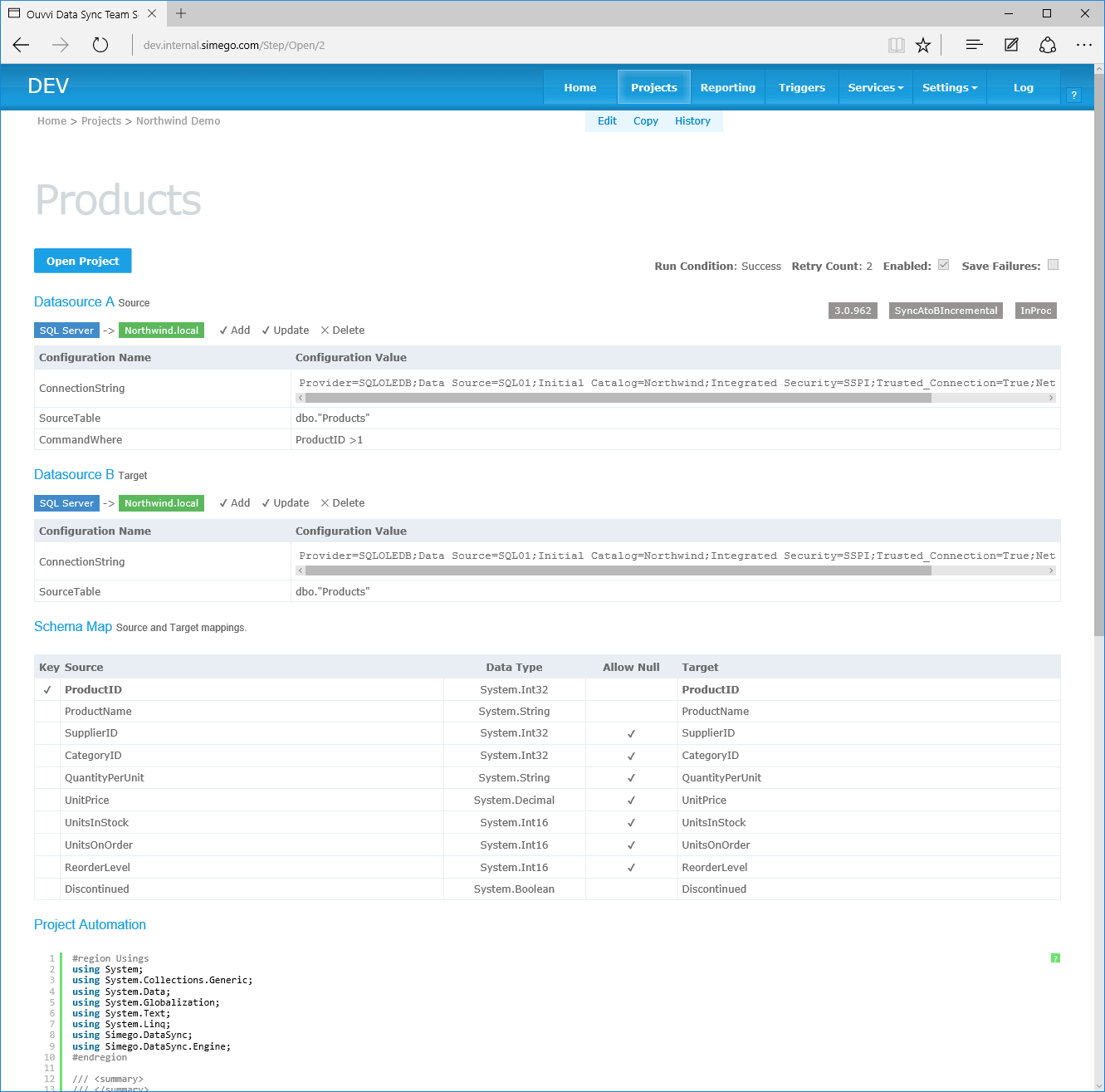 You can now re-map the connections of a Project hosted in Ouvvi without opening the project in Data Sync. 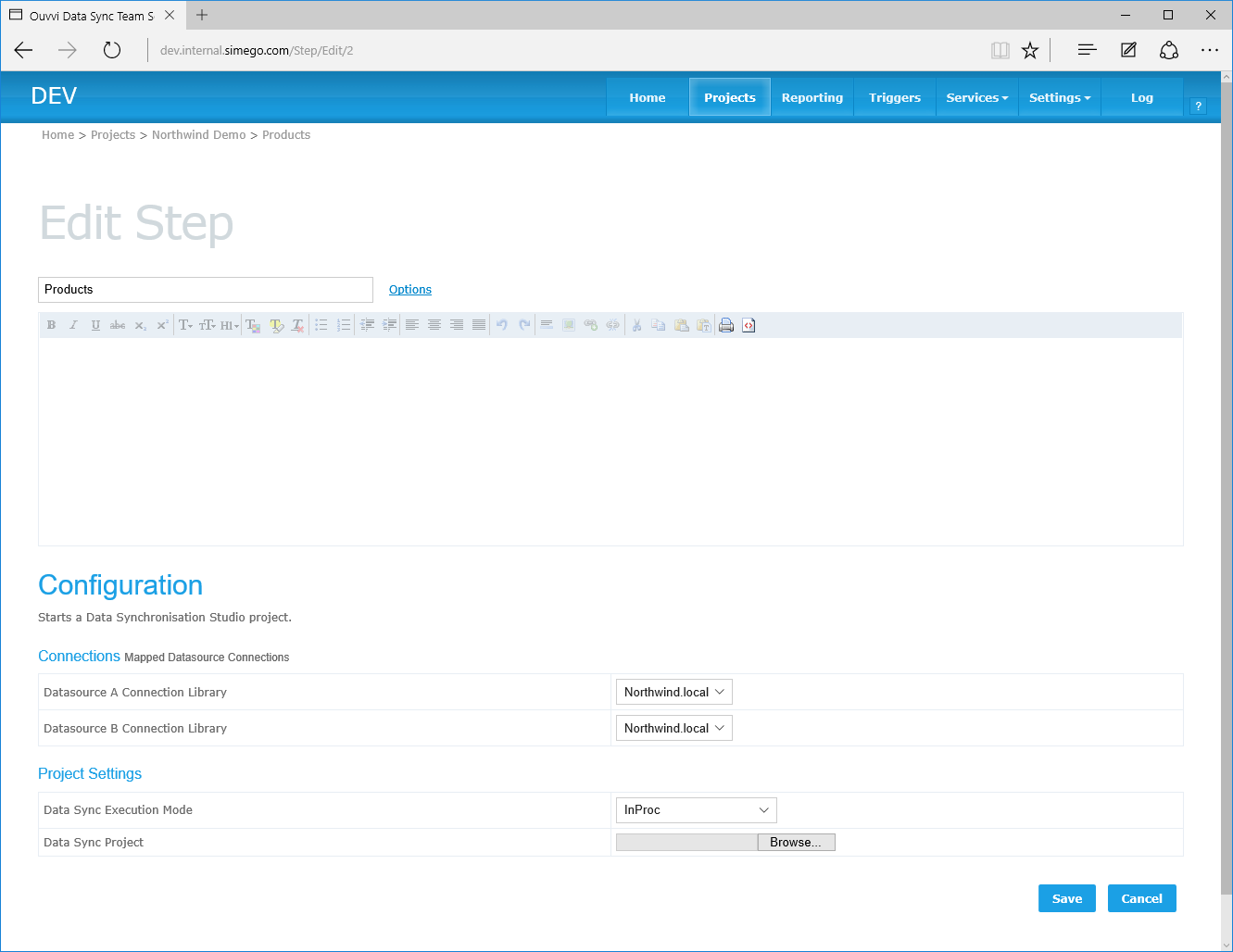