An overview of things to come in Ouvvi V3.

It's been a crazy time here at Simego we've been re-building Ouvvi to be bigger better and faster. We still have much to complete but it's time to let you see what's coming round the corner.

The big change is that you can now host Ouvvi in Azure on Azure Web Apps with Azure Active Directory and even run the processes as an Azure Web Job. The Ouvvi service is now an Agent and can be installed on machines behind the corporate firewall. This allows you to deploy the Ouvvi Web App (Mothership) in the Cloud and deploy Agents (Smaller ships) where your data is located.

We're running a few instances in Azure on a single small App Service and using Basic (5 DTU) SQL Azure databases. We've been tuning the Web Requests and DB Queries so that we can get the most out of a small VM.

New Layout and filter options to filter all your projects by status and group names. 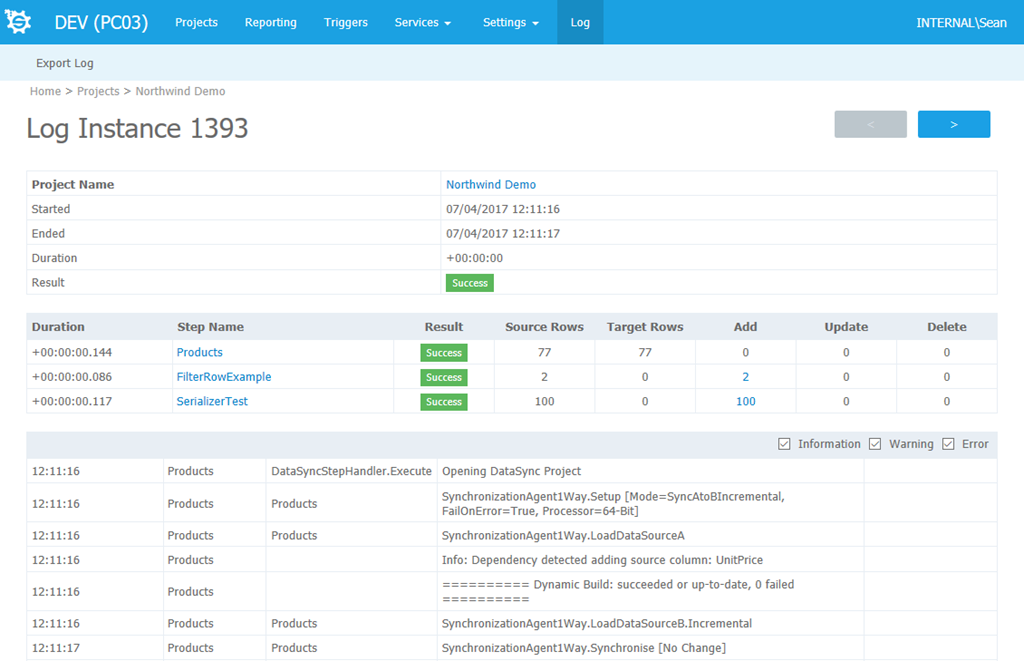 Now it's possible to define on which Agent a step process must run, so if you have a requirement that a step must execute on premise you can define where it runs. This also applies to triggers where they can now run across machines and networks.

All the Log views now page the data to reduce the work on the SQL Database when you have really big logs.

The Connection library for Ouvvi v3 has moved to the Database so that everything is together in one place.

The Database schema has been simplified, we dropped all the stored procedures and now we just have a few simple tables. This makes upgrades and adding new features far simpler now.

Triggers run as individual queue items, across agents in parallel this enables execution of more triggers without holding the trigger thread and allows triggers to run on multiple nodes.

There is a way you can post a Json/XML payload to an Ouvvi project and with a special Data Sync project you can process the data. This message data gets assigned as the source data at runtime so ideal for running simple message based systems.

Of course Data Sync has been getting the love as well, we have a new connector for OData v4 / Web API with OAuth support for Dynamics 365 and support to edit projects in the new Ouvvi system when using Azure AD along with other little tweaks.